August 2015, a bio-thriller novel set in the US Arctic. 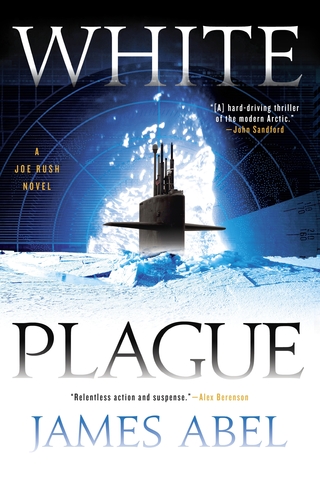 Bob will be heading to Singapore in January 2020 to be a visiting writer at Yale/NUS College, established as a collaboration between Yale University and the National University of Singapore. He'll be teaching writing about science, nature and the environment during spring semester.

In November, 2019 Bob joined the US contingent - sent by the US Arctic Research Commission and the National Academies of Sciences - to a workshop in Hannover, Germany where an international group of public health officials and scientists explored the risk of harmful infectious diseases emerging from thawing polar regions. Bob led the wrap up session. The hope is that policies will come out of the conference better helping officials and researchers to assess dangers and establish or support existing early warning systems to alert governments and the public to possible new dangers.

Sept. 2018...Teamed with the NY based Documentary Group, Bob won a coveted Redford Center Grant to begin work on a documentary film on the Bering Strait. As the Arctic melts and opens to shipping, the narrow passage between the US and Russia is slated to become a major commercial route and possible site of security problems. But the Strait is also a major migration route for whales and Pacific walrus, food source for villages along the way. As US/Russian relations deteriorate, is the US ready for the environmental, security and commercial challenges? Bob will co-produce.

June 2018 - Bob won a New York Press Club best magazine reporting award for his coverage of the state and fate of the Arctic National Wildlife Refuge under the Trump Administration. The battle over whether to drill for oil in the refuge has been called the longest running environmental fight in US history. The piece ran in Fortune Magazine in September 2017.

ATLANTA: CDC officials today confirmed that the outbreak of a new, deadly malaria in the United States has been traced to an unknown terrorist group.

"Unfortunately, the vector carrying the disease is resistant to pesticides, and able to survive colder temperatures," said Dr. Wilbur Gaines, CDC head. "It is impossible to know how many of these genetically modified insects are out there, impossible to distinguish them by sight from the normal every day variety."

As the death toll climbs, cities have turned into virtual ghost towns, with residents fearing to go out. The sighting of a single mosquito can cause panic. The President has advised citizens to stay indoors during hours of peak mosquito activity, dusk and dawn. "Keep your windows down, and screens in place. When you go out, wear plenty of DEET," the President said.

"The nation has been brought to its knees by an insect," said Gaines.

The idea for VECTOR, fourth novel in the Joe Rush series, began germinating years ago, when Bob was writing non-fiction about a gold rush in the Amazon, and a malaria outbreak there. It took years for the book to come together.

Like all the Joe Rush books, Vector was published under the pseudonym of James Abel. Like all the Rush books, the hope is that the story will entertain but also increase public awareness about a real disease.

In "Vector", it falls to Joe Rush to trace the outbreak, before it gets even worse.
Malaria is currently growing resistant to medicines and insecticides and kills as many as one million people each year around the world, mostly in poor countries. But climate change is driving the disease to expand into other areas too.

WRITER IN RESIDENCE...Bob was writer in residence at the Anchorage Museum in summer 2017, researching the state and fate of the Arctic National Wildlife Refuge under the Trump administration.