On the US Icebreaker Healy 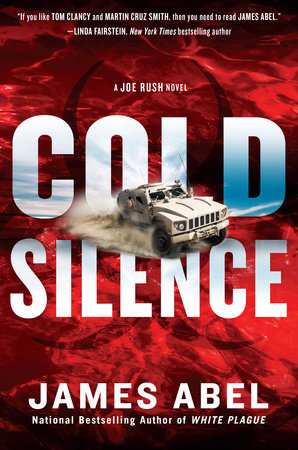 "Bob Reiss captures the expanse, the challenge, and the potential of the changing Arctic, and the clear need for a bold national strategy to realize the promise of this extraordinary frontier." GARY ROUGHEAD, ADMIRAL, US NAVY (retired) Former Chief of Naval Operations

A year of travel and tracking stories of climate change and how it effects you.

Bob Reiss is a bestselling New York based author of 23 books, as well as a journalist, a former Chicago Tribune reporter and former correspondent for Outside Magazine. His work has been published in The Washington Post Magazine, Smithsonian, Parade, Rolling Stone and other national publications, and has been featured in collections of the best of the Washington Post Magazine, and the best of Outside. He has appeared on Good Morning America, Morning Joe, CNN, Charlie Rose, Al Jazeera and Dan Rather Reports. In 2019 he is a recipient of a Redford Center grant as co-producer of a documentary film project on the importance of the Bering Strait as the Arctic opens. In 2018 he received a New York Press Club best magazine reporting Award for his coverage of the Arctic National Wildlife Refuge in Alaska, in Fortune Magazine. In 2015 he was a consultant on an NBC Nightly News series on the Arctic. In 2012-2013 he worked as a consultant on Arctic issues for CBS "60 Minutes." In 2010 he co-produced his first investigative segment for national television, for PBS's "Need To Know."

Writing as James Abel, Bob's launched a new series of science based bio-thriller novels in 2015, with the publication of "White Plague", about a US submarine trapped in the Arctic. "Protocol Zero" followed in August, 2015. "Cold Silence" was published in summer, 2016, and "Vector" in summer 2017. The novels draw on the author's journalistic experiences in the Arctic, East Africa and the Amazon, and link emerging biological threats in these places to terrorism and International security. To distinguish the fiction from the Arctic journalism, the novels are being published under the James Abel pseudonym.

Bob has published 19 novels in all, including the Washington Post best-seller, "The Last Spy" and the European best seller, "Black Monday." He was the author of the acclaimed Conrad Voort series, five novels about a New York City detective whose ancestors have worked law enforcement in the city since Colonial times.

Bob's non-fiction books include "The Eskimo and The Oil Man," about the opening Arctic and battle over offshore oil there; "The Coming Storm", about climate change and extreme weather, and "The Road To Extrema", about the state and fate of the Amazon rainforest.

Bob is currently a Fulbright Specialist candidate and can be requested to appear as a teacher/curriculum adviser in journalism/ communications/ non-fiction writing at your overseas university. To do so please contact your national Fulbright office.

Bob grew up in New York City and graduated from Northwestern University with a Bachelors degree in Journalism, and from the University of Oregon with an MFA. He says he knew he wanted to be a writer since age 13, when he finished his first novel. “It stank.” Over the next 13 years he papered his bedroom walls with rejection slips from publishers and magazines. His first successful novel, Summer Fires, was published by Simon & Schuster, in 1980. Called a "smashing first novel" by the New York Times, it was about the discovery of a gigantic oil field under the South Bronx.

Bob's journalistic experience began at the age of 19, when he was a copy boy for the Chicago Tribune. "I stole a press pass, made a copy, and put a photo of myself on it. The next summer I got a job in Europe, hitchhiked to Northern Ireland and told the occupying British Troops that I was the Chicago Tribune reporter. I'm not sure why they believed me."

Bob ended up interviewing the British commander, staying with a Bogside family, going out with commandos, being gassed in riots and getting a ride out of Londonderry from an IRA official. The article he wrote, and which ran in the Daily Northwestern, "stupidly ignored my personal experiences, but like perverse journalists everywhere I was hooked on the lifestyle. I'd always loved telling stories, and now I learned I loved travel too. I tried to figure out a way I could combine both for the rest of my life."

Reiss sold his first articles to The Chicago Tribune - a four part investigative series on abandoned housing - when he was a senior at Northwestern.

Reiss has traveled around the world since then and his experiences in places including Antarctica, Sudan, Somalia, South Africa, Alaska, the Amazon rainforest and numerous other remote locations inform both his fiction and non-fiction. He lives in New York City with television producer Wendy Roth.

Reiss says, "This will probably sound corny but if you can't be corny on your own website, where can you do it? I believe you should leave the world better than you found it, and I hope my travels and writing will draw attention to the similarities rather than the differences between people around the world. I hope my work will make readers think about issues and choices they face in everyday life. The more we can put ourselves in the shoes of others, the fewer mistakes we make as a nation, as a people, and as individuals."

Bob pushes the same message when teaching. He taught fiction writing at the Bread Loaf Writers’ Conference at Vermont's Middlebury College for seven years. He has been a writer in residence at the University of North Carolina in Wilmington five times, most recently in 2012, and was a visiting writer at Montclair State University in New Jersey in 2016, 2015 and 2013. He received a Coast Guard Arctic Service Medal for teaching writing on a US icebreaker in the Arctic. In Alaska Bob was the Anchorage Museum Writer in Residence in June 2017. Bob was a visiting writer at Yale-NUS college in Singapore in 2020, teaching writing about science, nature and environment.